We are excited to announce the official reading list for 2022-2023. Brief details for each of the 20 books can be found here on the website. 3rd-4th Grade Division will read 12 of the books, 5th-6th will read 16, and 7th-8th will read 8 books. Please see each division’s complete list below: 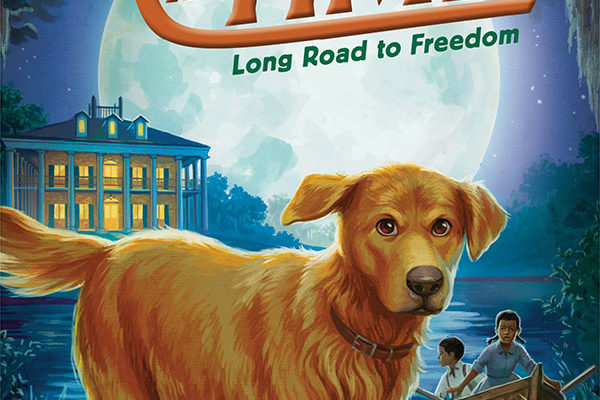 SUMMARY: Ranger, the time-traveling golden retriever, is back for the third book in Kate Messner’s new chapter book series. This time, he helps two kids navigate the Underground Railroad! Ranger is a time-traveling golden retriever with search-and-rescue training. In this adventure, he goes to a Maryland plantation during the days of American slavery, where he meets a young girl named Sarah. When she learns that the owner has plans to sell her little brother, Jesse, to a plantation in the Deep South, it means they could be separated forever. Sarah takes their future into her own hands and decides there’s only one way to run — north. 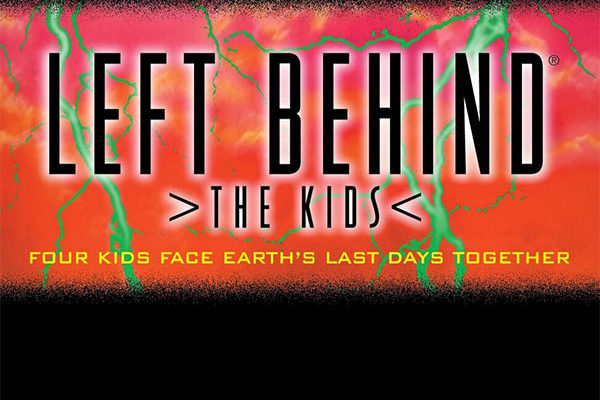 Left Behind: The Kids, The Vanishings

SUMMARY: In one shocking moment millions around the globe disappear. Those left behind face an uncertain future—especially four kids who now find themselves alone. As the kids search for help and for answers, they are told the truth behind the disappearances. But are they ready to believe it? Jerry B. Jenkins and Tim LaHaye present the Rapture and Tribulation through the eyes of four young friends—Judd, Vici, Lionel, and Ryan. As the world falls in around them, they band together to find faith and fight the evil forces that threaten their lives. 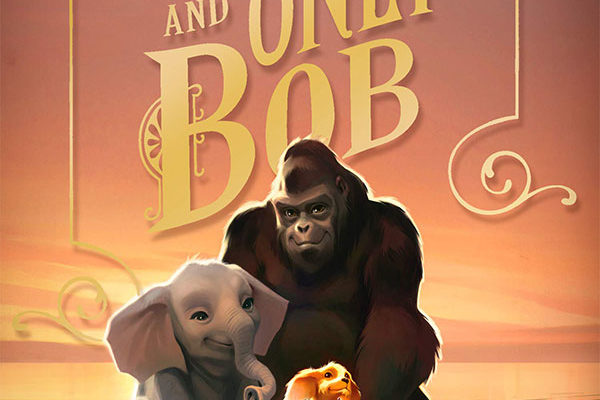 The One and Only Bob

SUMMARY: Bob sets out on a dangerous journey in search of his long-lost sister with the help of his two best friends, Ivan and Ruby. As a hurricane approaches and time is running out, Bob finds courage he never knew he had and learns the true meaning of friendship and family. 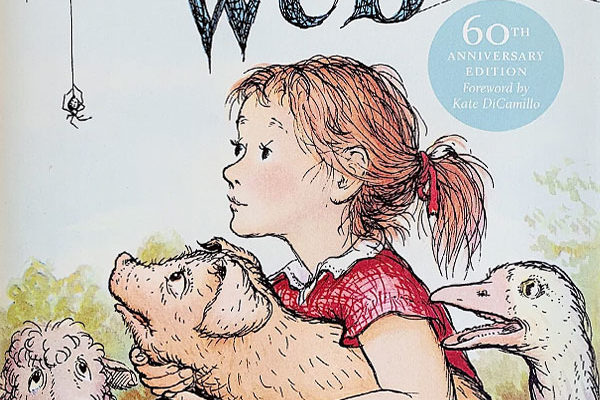 SUMMARY: Some Pig. Humble. Radiant. These are the words in Charlotte’s Web, high up in Zuckerman’s barn. Charlotte’s spiderweb tells of her feelings for a little pig named Wilbur, who simply wants a friend. They also express the love of a girl named Fern, who saved Wilbur’s life when he was born the runt of his litter. E. B. White’s Newbery Honor Book is a tender novel of friendship, love, life, and death that will continue to be enjoyed by generations to come. 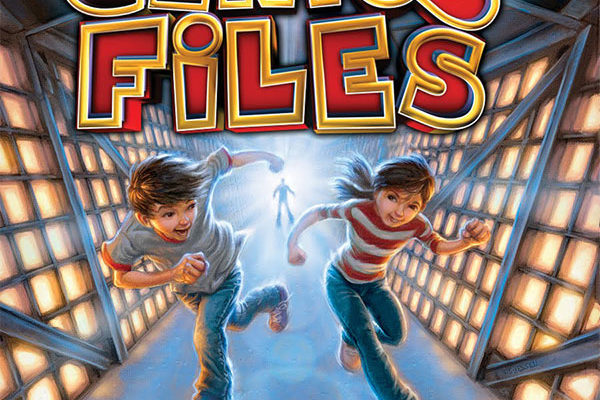 SUMMARY: The most exciting road trip in history begins! In this action-packed, New York Times bestselling adventure, twelve-year-old twins Coke and Pepsi McDonald embark on a family vacation you’ll have to read to believe.

With the real-kid humor that has earned Dan Gutman millions of fans around the world, and featuring weird-but-true American tourist destinations, The Genius Files is a one-of-a-kind mix of geography and fun. As Coke and Pepsi dodge nefarious villains from the Pez museum in California all the way to the Infinity Room in Wisconsin, black-and-white photographs and maps put young readers right into the action. 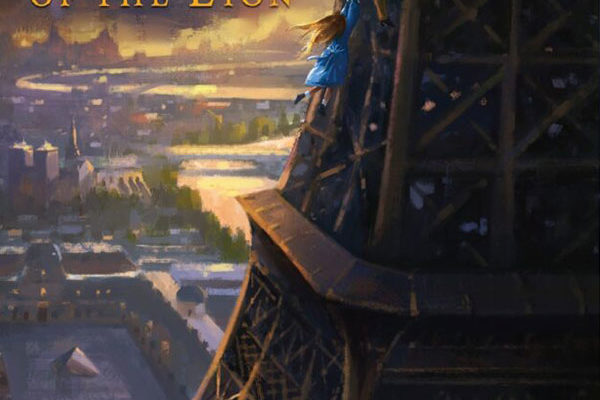 Britfield and the Rise of the Lion

SUMMARY: Now in France six months later, Tom and Sarah are trapped on an island fortress, facing an entirely new enemy: a nefarious and clandestine group. Searching for the truth, Tom and Sarah must navigate the streets of Paris, Cathédrale Notre-Dame, and the Eiffel Tower, chased by an assassin determined to remove any potential threat to the British throne.

Aided by old friends and new allies, Tom and Sarah’s fast-paced adventure is filled with twists and turns, unexpected betrayals, and life-changing revelations. An interactive world of mystery and adventure, culture and education, the Britfield series is about friendship, family, loyalty, and courage, with accurate geography and history interwoven throughout each exciting story. 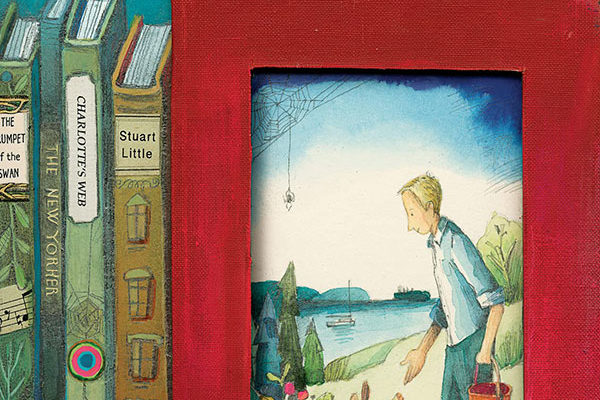 Some Writer!: The Story of E.B. White

SUMMARY: “SOME PIG,” Charlotte the spider’s praise for Wilbur, is just one fondly remembered snippet from E. B. White’s Charlotte’s Web. In Some Writer!, the two-time Caldecott Honor winner Melissa Sweet mixes White’s personal letters, photos, and family ephemera with her own exquisite artwork to tell his story, from his birth in 1899 to his death in 1985. Budding young writers will be fascinated and inspired by the journalist, New Yorker contributor, and children’s book author who loved words his whole life. 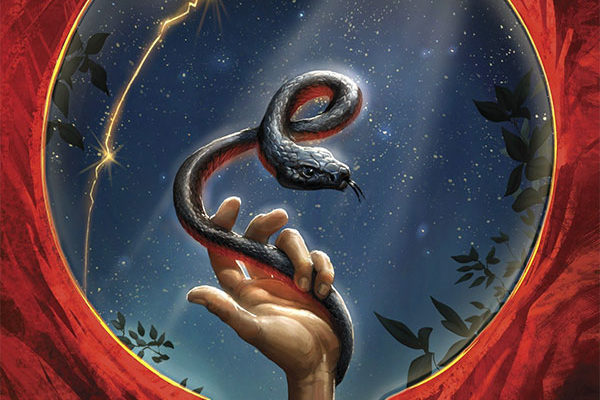 The City of Ember: The Prophet of Yonwood

SUMMARY: Nickie will grow up to be one of the first citizens of the city of Ember. But for now, she’s an eleven-year-old girl whose father was sent away on some mysterious government project. So when the opportunity to move presents itself, Nickie seizes it. But her new town of Yonwood, North Carolina, isn’t what she’d anticipated. It’s a place full of suspicion and mistrust, where one person’s visions of fire and destruction have turned the town’s citizens against each other. Nickie explores the oddities around her—her great-grandfather’s peculiar journals, a reclusive neighbor who studies the heavens, a strange boy who is fascinated with snakes—all while keeping an eye out for ways to help the world. Or is it already too late to avoid a devastating war? 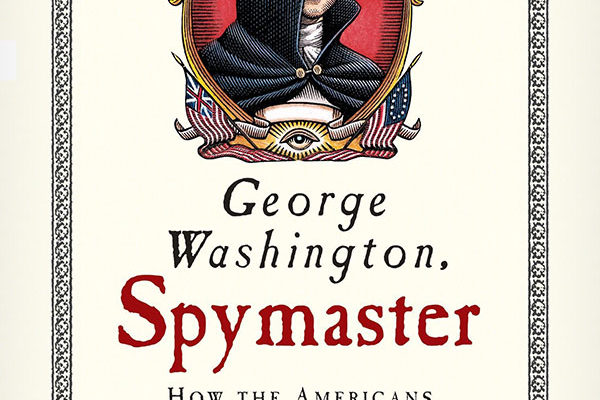 SUMMARY: A riveting tale of intrigue, spies, counterspies, and secret agents, George Washington, Spymasteris a unique and entertaining account of one of the most important chapters in our nation’s history. The compelling narrative reveals the surprising role played by the first commander-in-chief, General George Washington in the War of Independence.

Follow the action as 1775 dawns, and Washington finds himself in serious trouble. At war with Britain, the world’s most powerful empire, his ragtag army possesses only a few muskets, some cannons, and no money. The Americans’ only hope is to wage an invisible war—a war of spies, intelligence networks, and deception.

Enter the shadowy world of double agents, covert operations, codes, and ciphers—a world so secret that America’s spymaster himself doesn’t know the identities of some of his agents. Meet members of the elusive Culper Ring, uncover a “mole” in the Sons of Liberty, and see how invisible ink and even a clothesline are used to send secret messages. You can even use Washington’s own secret codebook, published here for the first time. Experience at close quarters the successes and failures of the Americans as they strive to outwit the British. Meet the chief of covert operations, one Benjamin Franklin, and several other surprising players in America’s secret war. 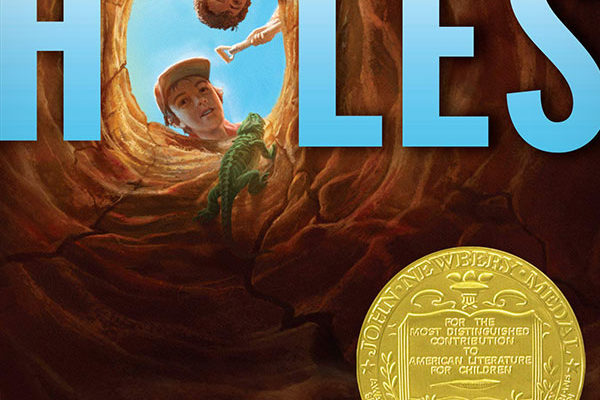 SUMMARY: Stanley Yelnats is under a curse. A curse that began with his no-good-dirty-rotten-pig-stealing-great-great-grandfather and has since followed generations of Yelnats. Now Stanley has been unjustly sent to a boys’ detention center, Camp Green Lake, where the boys build character by spending all day, every day digging holes exactly five feet wide and five feet deep. There is no lake at Camp Green Lake. But there are an awful lot of holes.

It doesn’t take long for Stanley to realize there’s more than character improvement going on at Camp Green Lake. The boys are digging holes because the warden is looking for something. But what could be buried under a dried-up lake? Stanley tries to dig up the truth in this inventive and darkly humorous tale of crime and punishment—and redemption.

Our fifth season of SALT is quickly approaching. Here are the first 10 books on our 2022-2023 reading list:

These first 10 books are listed with details here on the website. Watch for the remaining books to be announced in October. Enjoy the rest of your summer! 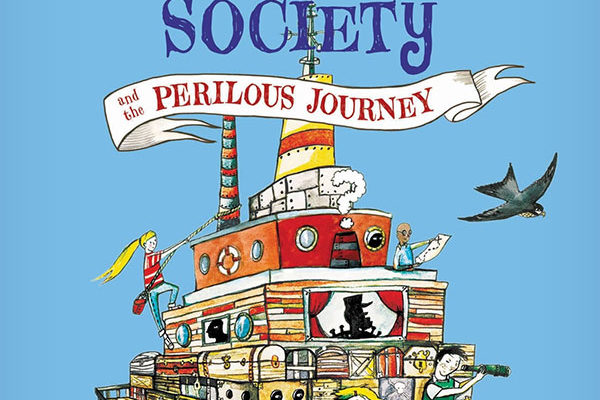 The Mysterious Benedict Society and the Perilous Journey

SUMMARY: The Mysterious Benedict Society is back with a new mission: to go on a mind-bending international scavenger hunt designed to engage their individual talents. As they search for all the clues and riddles Mr. Benedict has hidden for them, Reynie, Sticky, Kate, and Constance faces an unexpected challenge that will reinforce the reasons they were brought together in the first place and require them to fight for the very namesake that united them.

SUMMARY: This gripping, action-packed novel tells the story of eighteen-year-old Daniel bar Jamin—a fierce, hotheaded young man bent on revenging his father’s death by forcing the Romans from his land of Israel. Daniel’s palpable hatred for Romans wanes only when he starts to hear the gentle lessons of the traveling carpenter, Jesus of Nazareth. A fast-paced, suspenseful, vividly wrought tale of friendship, loyalty, the idea of home, community… and ultimately, as Jesus says to Daniel: “Can’t you see, Daniel, it is hate that is the enemy? Not men. Hate does not die with killing. It only springs up a hundredfold. The only thing stronger than hate is love.” A powerful, relevant read in turbulent times. 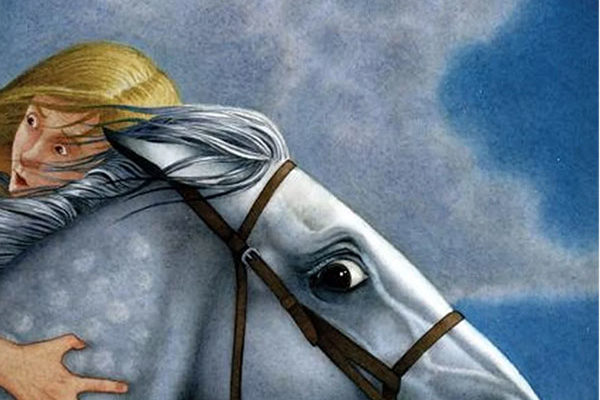 The Chronicles of Narnia: The Horse and His Boy

SUMMARY: A stirring and dramatic fantasy story that finds a young boy named Shasta on the run from his homeland with the talking horse, Bree. When the pair discover a deadly plot by the Calormen people to conquer the land of Narnia, the race is on to warn the inhabitants of the impending danger and to rescue them all from certain death.